Spotted this pair of owls painted at a pillar of one of the shophouses located along Cannon Street, George Town. 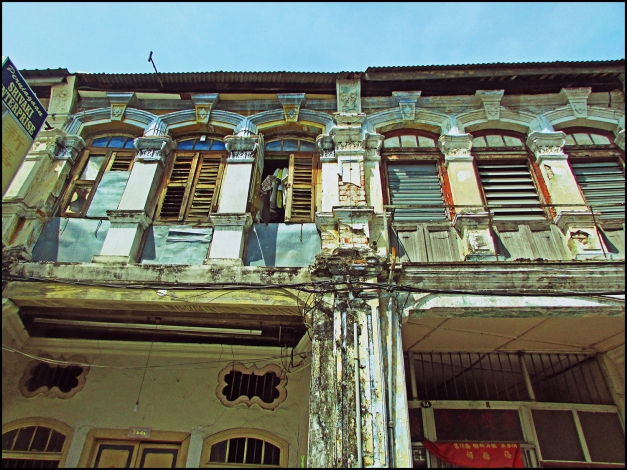 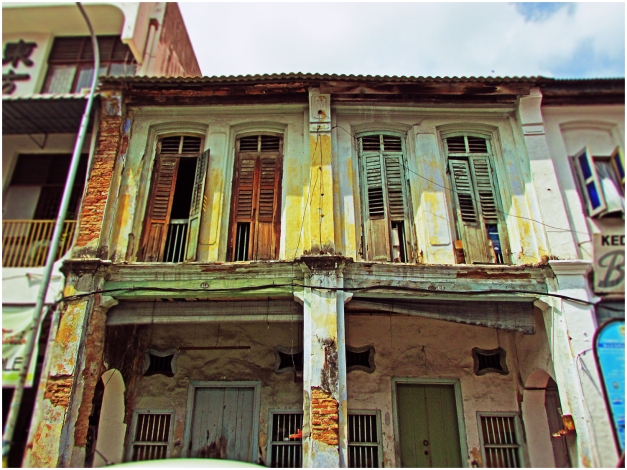 This old facade of pre-war townhouses is one of the unique and attractive features of the streets of George Town.

An old fisherman fixing and repainting his boat at the shore of Butterworth’s coastal area.

Passing by the Dewan Dato Haji Ahmad Badawi located in Bagan Luar, Butterworth, Penang. This building which faces a large open field is the community hall of the Seberang Perai Municipal Council. It was built during the British colonial era and served as a recreation club building back during that time. It was later renamed in honor of the late father of former Malaysia’s Prime Minister, Dato Seri Abdullah Ahmad Badawi.

As one of the invitees of the Urban Xchange street art festival 2015, Vhils (or his real name Alexandre Farto) is an accomplished Portuguese artist who is well known for his carved portraits on the walls of urban cities. He had also showcased his work worldwide such as Lisbon, Brazil, Paris and London. This large portrait can be found on the wall of an old two-storey building near the ferry terminal in Bagan Luar, Butterworth, Penang. 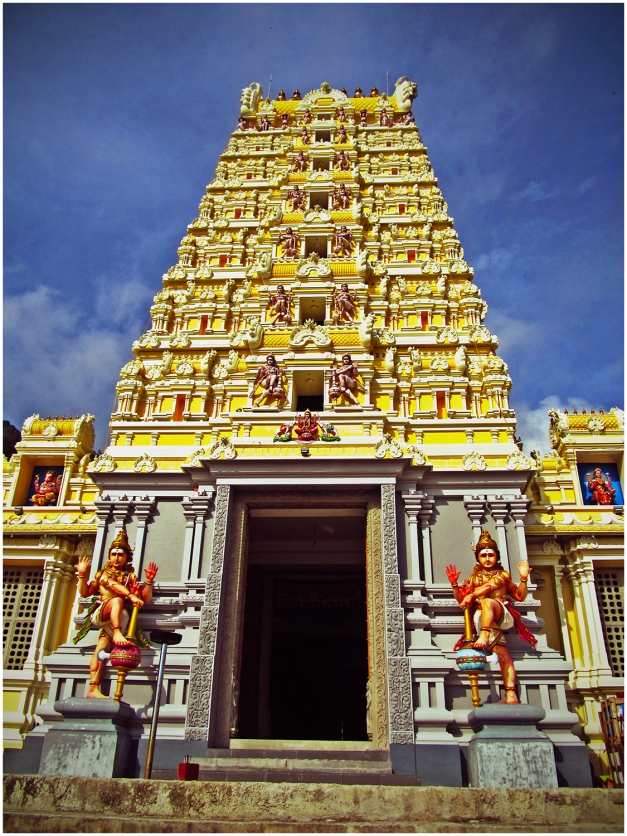 This beautiful temple is one of the oldest Hindu temples in Penang, and is also the main hosting temple for the famous Thaipusam festival that is being celebrated annually by Hindu devotees.