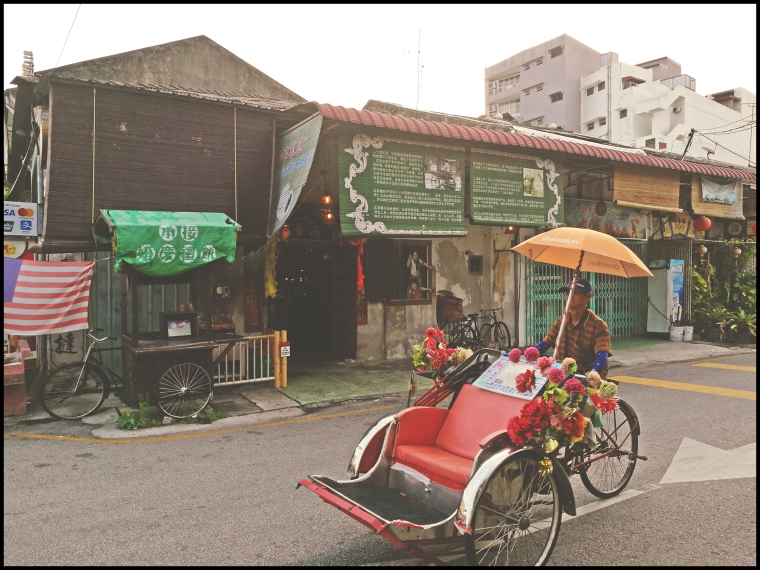 A trishaw passing by a street art mural at Armenian Street Ghaut in George Town. 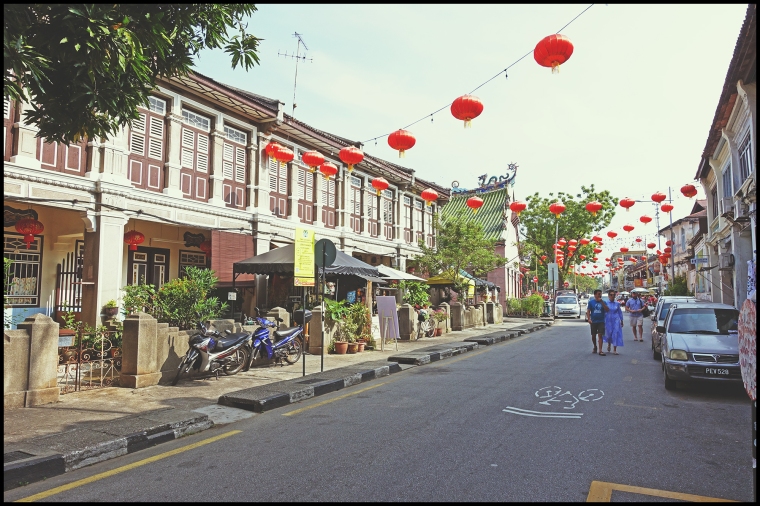 The name Cannon Street had its origin from the cannons that were fired during the Penang Riots in 1867. The riot was the result of a secret society dispute when the alliance of Tua Pek Kong Hoey (Kean Teik Tong) and the Red Flag Gang fought against the alliance of the Ghee Hin Kongsi and the White Flag Gang for ten days in George Town. It was said that some of the houses still have lasting damages as a result from the riot. 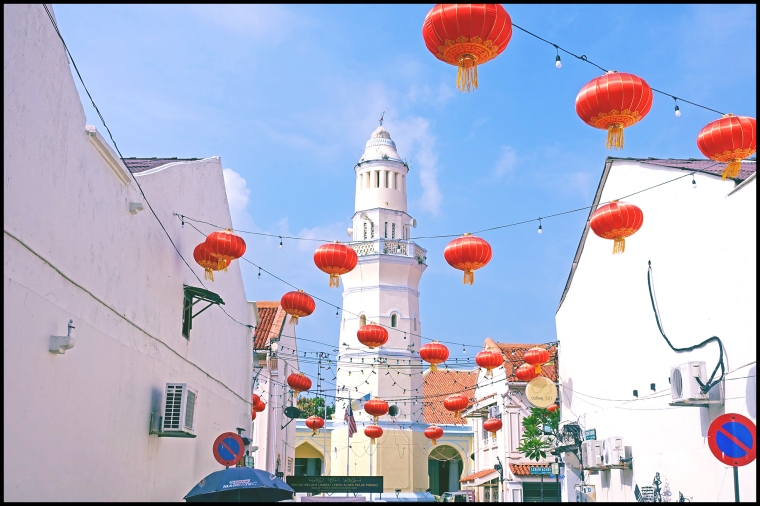 A view of Cannon Street decorated with red lanterns during Chinese New Year, with the minaret of Acheen Street Mosque standing at the background in George Town.