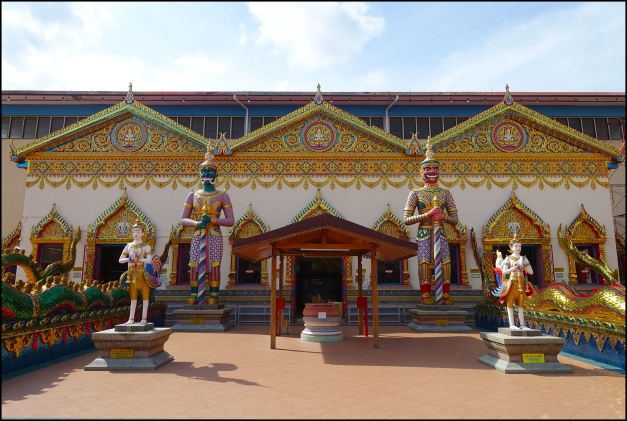 Wat Chayamangkalaram (also known as the Sleeping Buddha or Reclining Buddha Temple) is a Thai temple located at the Burma Road area of Pulau Tikus, Penang. It was found to have been built in 1845 on a piece of land granted to the Siamese community in George Town by Queen Victoria, and also houses one of the world’s longest reclining Buddha statues. The temple is one of the main highlights of Penang tourism places, attracting both locals and foreigners.

Today also marks the birth of the Buddha, the Vesak Day. 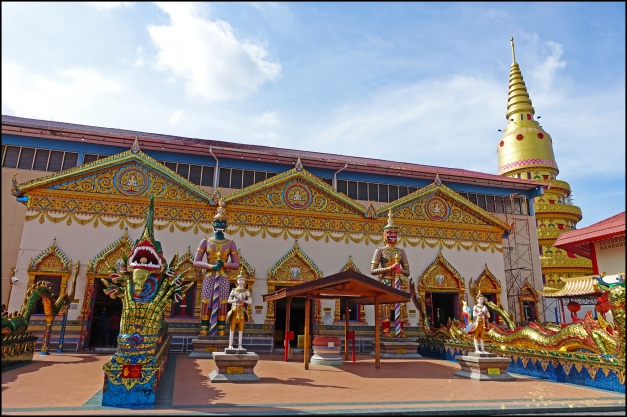 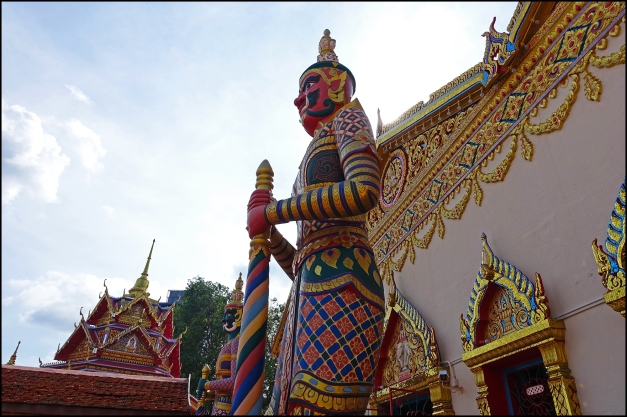 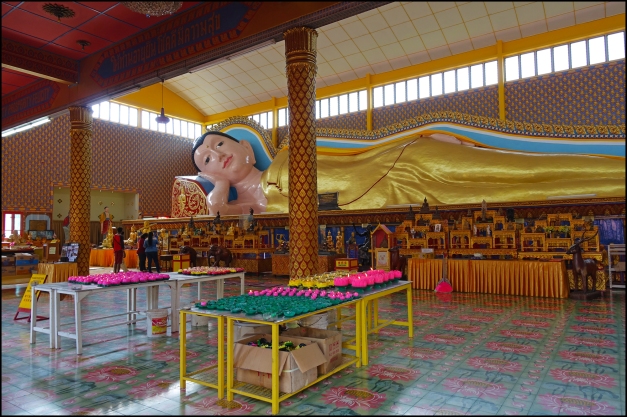 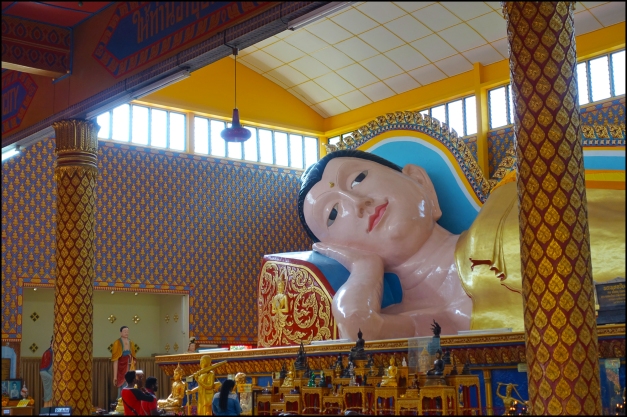 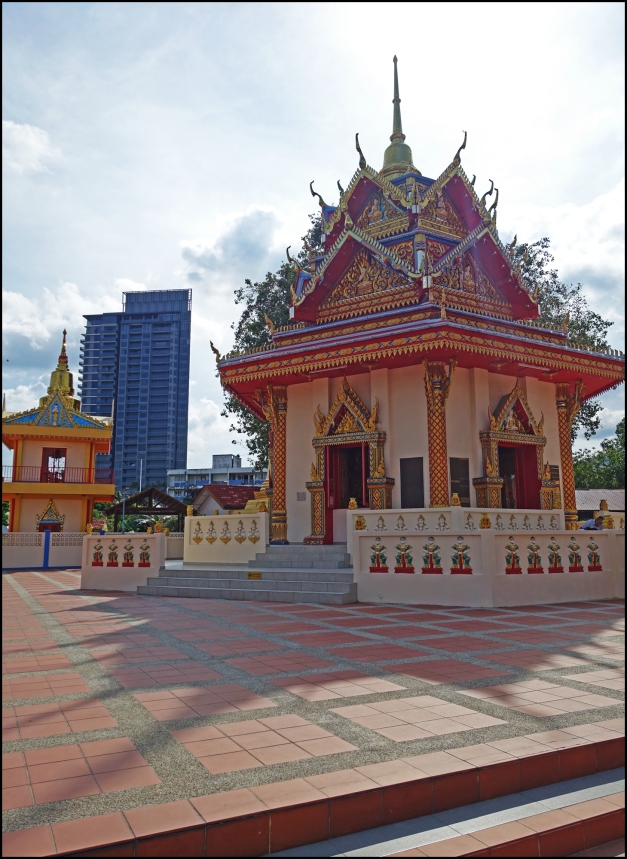 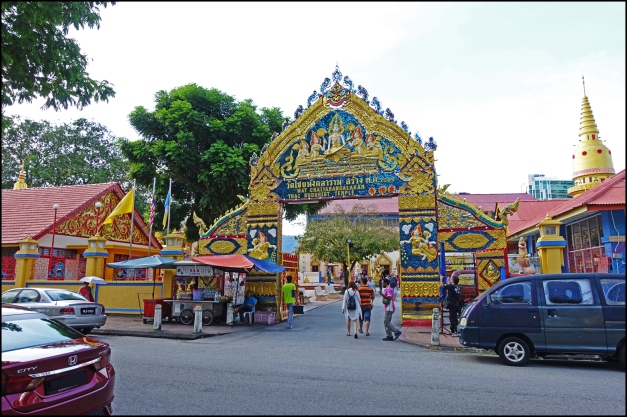 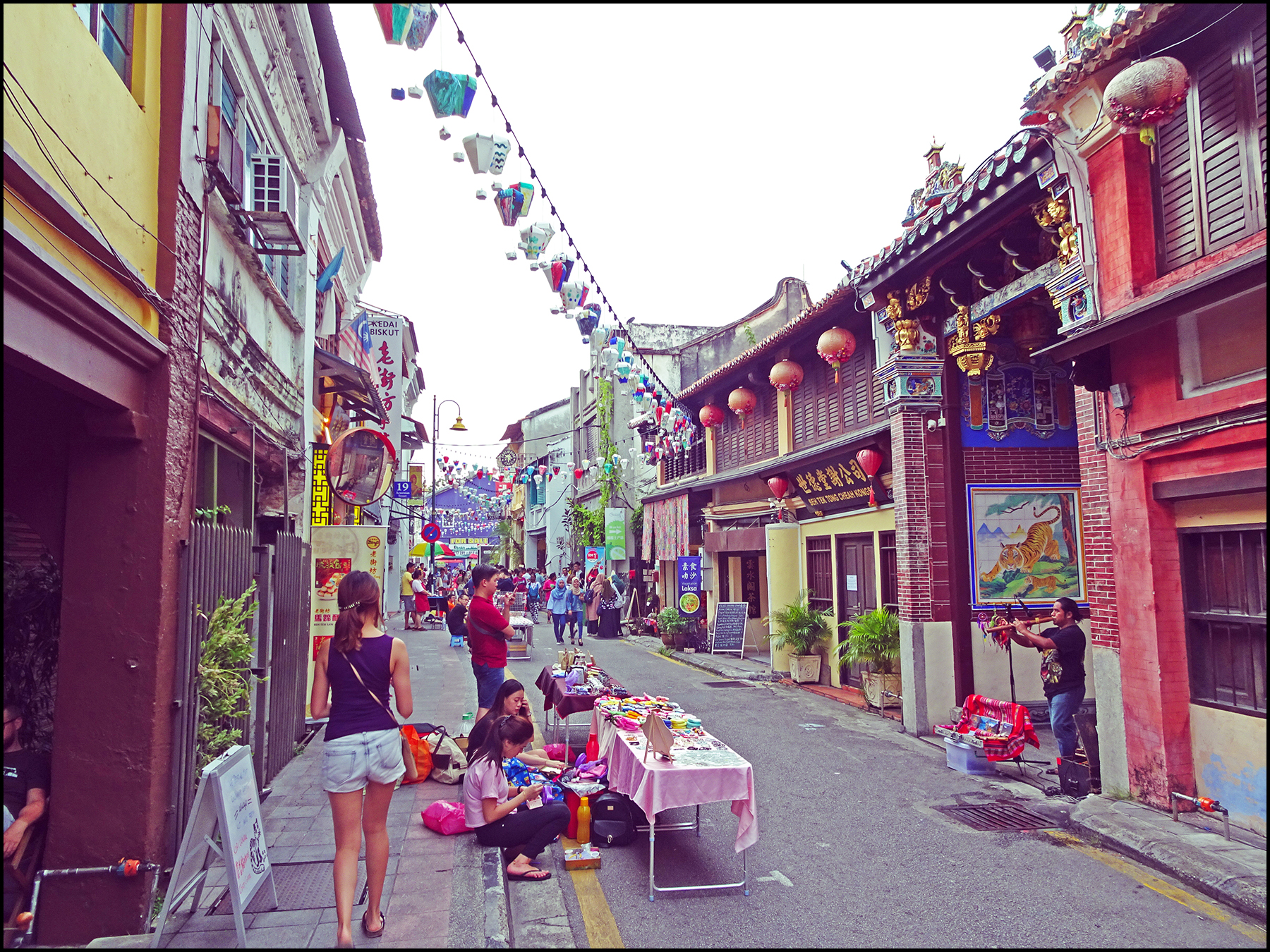 A walk through Armenian Street, the most popular heritage street in George Town.

Entopia is the newly renovated, upgraded and expanded version of the Penang Butterfly Farm. After a year of major rework and upgrade, Entopia opened its door during the middle of this year. It maintains its free roaming butterflies concept while at the same time, includes other types of bugs and even reptiles, as well as establishing several new attraction and educational zones.

For more info, do visit its official website; http://entopia.com/ 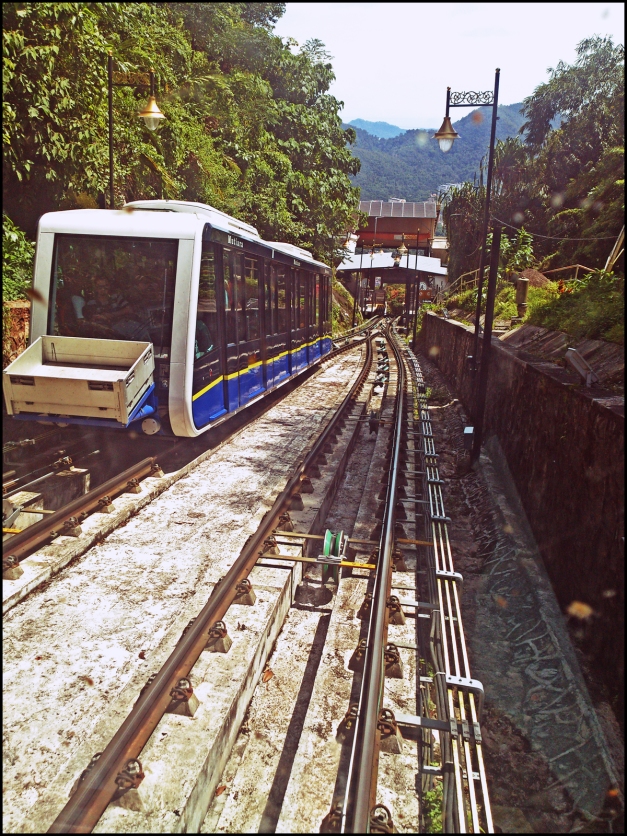 A funicular train going up to the top of Penang Hill. 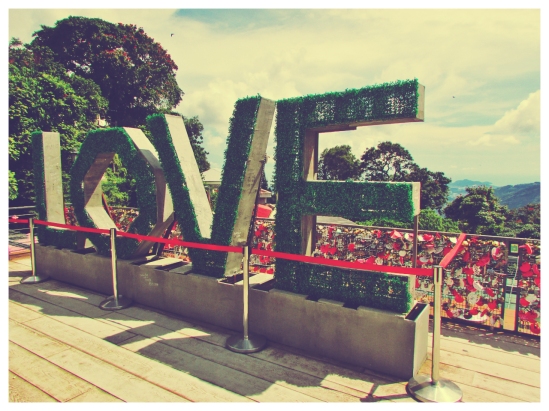 During the first World War, there was once a young teacher in the Serbian town of Vrnjacka Banja who fell in love with a soldier, just as he was about to go to war. When Serbia fell as a result of the war, the soldier later married a local woman in Greece, the place where he had been fighting, and never returned. Upon knowing this, the young teacher was so heartbroken that she died. From that day onwards, young girls in her town who wanted to avoid the young teacher’s fate started to place love padlocks on one of the city’s bridges, as a mean to seal their love and the person they loved.

Fashioned after the story above and many similar famous places such as Pont des Arts, Ponte Milvio or Hohenzollern Bridge, Penang Hill‘s Love Locks is the latest attraction on a scenic observation deck seated atop the hill. Those who are interested, can purchase padlocks of various sizes from the counter nearby with pen provided, of course. The observation deck is also at the top of the newly designed food court. 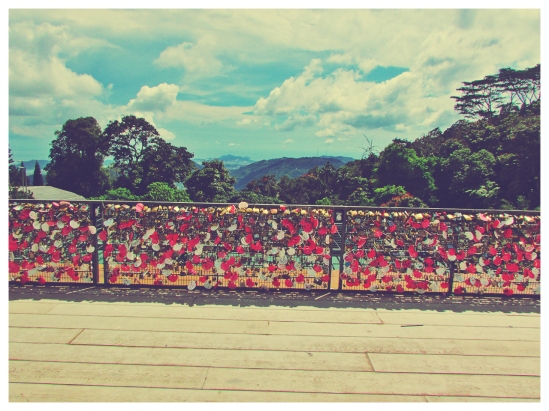 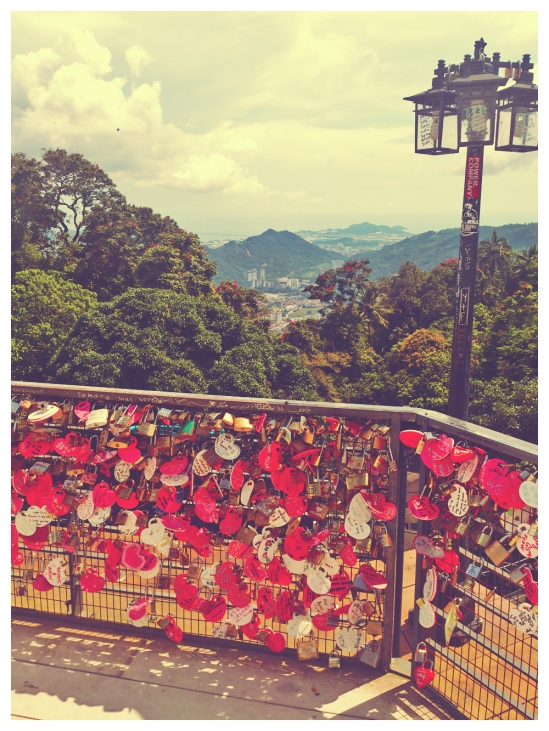 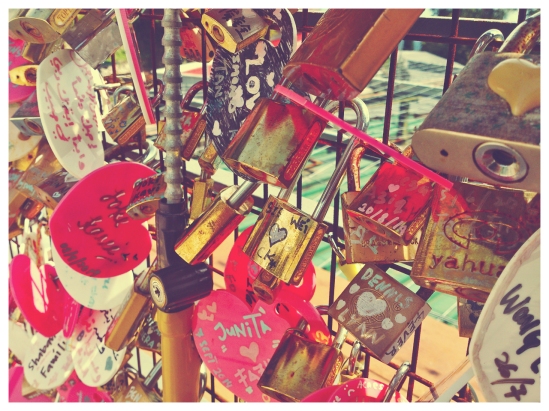 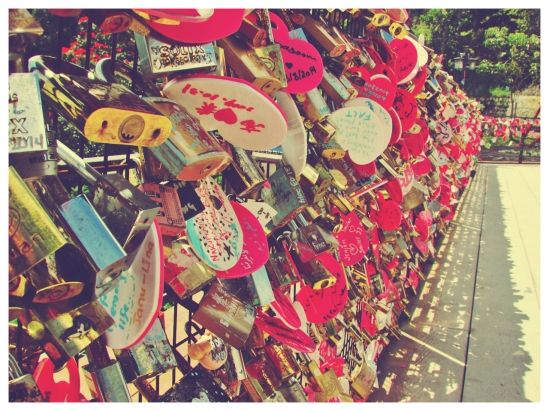 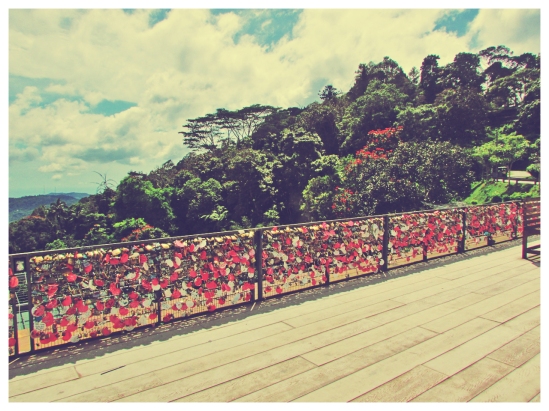 A portrait of the pagoda of Kek Lok Si as the sun sets over the hill. Every Sunday, in conjunction with cars-free day at Beach Street, Project Occupy Beach Street (presumably ‘inspired’ after Occupy Wall Street) is held to attract people from all walks of life with its various fun activities as well as its makeshift Sunday marketplace. During these days, the street is lined up with stalls selling items ranging from homemade food to general goods. Activities include street performance, mini games and sports such as street soccer, traditional games and street dancing. Not only that, one can easily rent a bicycle there to explore the heritage vicinity.

For more info or the programs listing, please refer to https://www.facebook.com/occupybeachstreet. History Museum of Penang (or Pinaon Time Tunnel) is a small museum recently established along Greenhall Street in George Town. Within the museum, there is a ‘time tunnel’ which basically showcases the timeline of Penang through various exhibits and sculptures. It was said that Penang island was once referred to as “Pulau Pinaon” (which sounded similarly to “Pulau Pinang” in Malay) by the British back during the time before the island was occupied and developed. This Giant Cat mural is part of the 101 Lost Kittens project by by local artist Tang Yeok Khang along with his two friends, Natthaton Muangkliang from Thailand and Louise Low from Kuala Lumpur. Created in conjunction with the George Town Festival 2013, the project will have 12 street murals to be completed by June 29. The artists hope to help create a public awareness of the need to protect stray animals and to love their pets through their project. This giant mural can be found along Armenian Street, George Town. The mural proves to be a popular attraction for photography. For the art’s location, please click HERE for the map. Once a common mode of travel in George Town, the trishaw (or also known as beca, rickshaw) now serves mostly as a tourist transportation which carries passengers around the streets of George Town in a leisurely pace.