An evening glimpse of Bangkok Lane.

The beautiful old colonial era houses at Bangkok Lane once served as the homes to the family of Cheah Leong Keah, a successful businessman at that time, who was also the one who built these houses. These pre-war houses possess a distinct architecture which infused both Eastern and Western style, as compared to the common heritage townhouses in George Town. The houses’ design was devised by an architect named Chew Eng Eam.

Bangkok Lane was named as such due to the Thai (and also Burmese) community who also used to live in this area. The road connects Burmah Road and Kelawei Road. 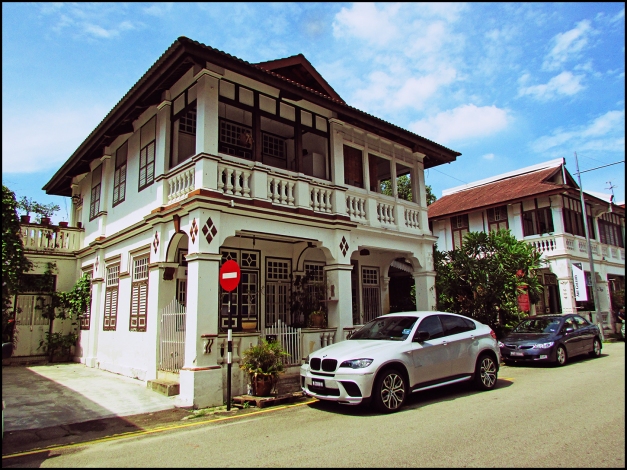 Built in 1928, these beautiful old colonial era houses at Bangkok Lane, Penang once served as the home to the family of Cheah Leong Keah, a successful businessman at that time.