Completed more than 10 years ago, this seaside walkway that stretches along the coastline of Jelutong Expressway, is also dubbed the ‘New Gurney’ by the locals here.  This walkway is a popular place for joggers, cyclists as well as fishing hobbyists. At the center of the walkway lies the 4-blue-pylons art sculpture made by renowned artist NAKAYAMA Hitori.

The promenade is now renamed as Karpal Singh Drive in honor of Karpal Singh, a prominent politician hailing from Penang who passed away in an accident in 2014.

Karpal Singh Drive is a seaside promenade located on the eastern coast of Penang island. 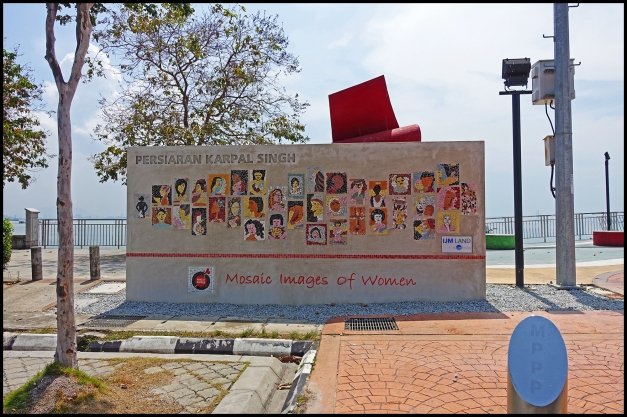 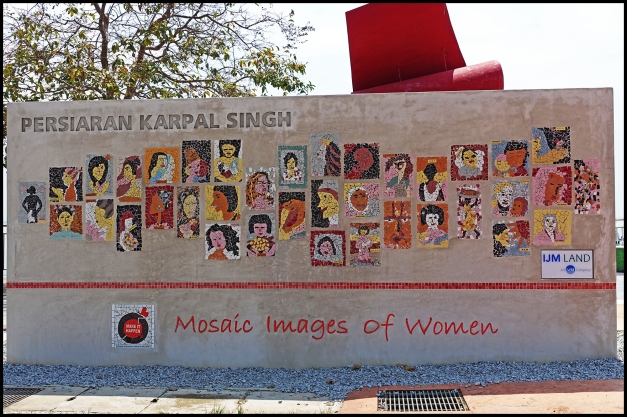 These container art works can be found just beside the McDonald’s restaurant at Karpal Singh Drive, Penang.

For the rest of the PICAF art works, please go HERE.

A sight of the Penang Bridge from the seaside promenade of Karpal Singh Drive (formerly known as the Nautilus Bay). 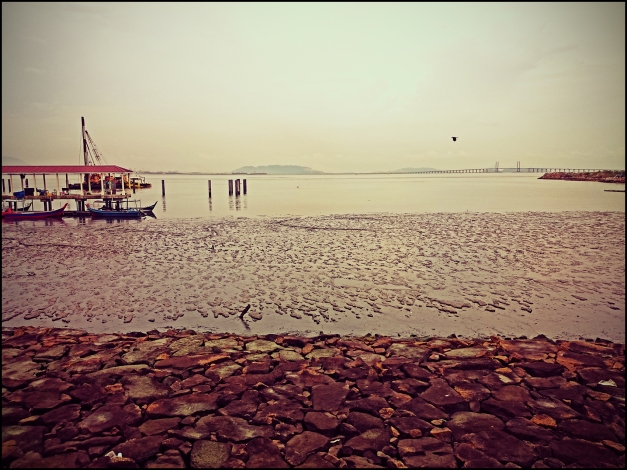 View of the Penang Bridge at the horizon from the Karpal Singh Drive coastal area. 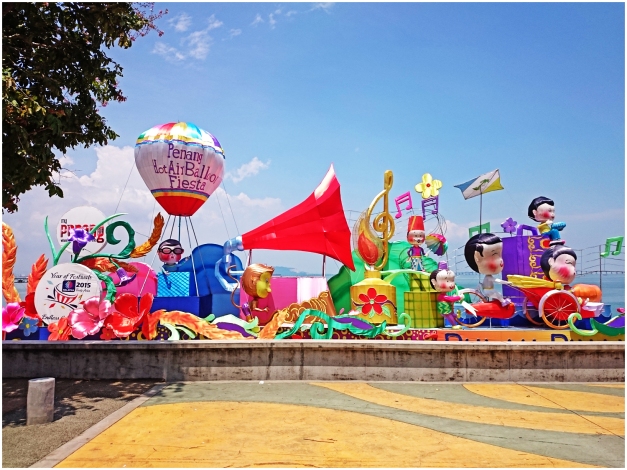 The annual float event which was titled “Magic of the Night 2015 Floats” this year was held in May at the Marina of Putrajaya, organized by the Tourism Ministry of Malaysia. The event showcased a number of floats representing each state in Malaysia, parading on the waters of the Putrajaya lake. After the event, the Penang float was moved over here to be displayed along the Karpal Singh Drive, Jelutong.

Penang’s float is called “Endless Celebrations” and reportedly won the Most Popular and Most Creative Awards during the Magic of the Night 2015 Floats.

Note: There is an ongoing photography contest (till August 22) of the float organized by Penang Island City Council (MBPP), Photographic Society of Penang (PSP) and IJM Land Berhad. For more info on this contest, please visit: http://www.psp-penang.com.my/. The colorful Penang Boat Float reportedly won the 1Malaysia International Tourism Night Floral Parade which was held at Putrajaya back in June 2014. After the end of the festival in Putrajaya, the boat was brought to the Karpal Singh Drive (formerly known as the Nautilus Bay or Jelutong Promenade) for display to the public every night. The boat showcases several beautifully lit places of attraction or landmarks in Penang. The boat is also designed with a dragon head and shape, to represent the annual international dragon boats festival held on the island. A giant inflatable Ubah Bird floating on the waters off the shore of IJM Promenade at Nautilus Bay. The Ubah Bird (or “bird of change”) was launched by the Penang DAP political party and will be lighted up during the night. The Ubah Bird is a Malaysian hornbill and was used as a mascot by the Pakatan Rakyat political alliance during the 13th General Elections of Malaysia. The floating exhibit was apparently inspired by the giant yellow rubber duck of Dutch artist Florentijn Hofman.

Nautilus Bay is a stretch of coast along the Jelutong Expressway.

The Penang Chief Minister (and also current Secretary-General of DAP party) LIM Guan Eng during the launching of the Ubah Bird.

The Ubah Bird will remain at the IJM Promenade until 31 August 2013 before it is taken to the other states of Malaysia.